In recent years, phone monitoring apps have been growing in popularity. There’s plenty of reasons why you might invest in a phone monitoring app. You may want to keep an eye on what your children are doing online or find out if your spouse is loyal and honest. You may also wish to monitor your employees to prevent leaking confidential data safely.

For parents especially, investing in a phone monitoring app has become relatively common as they can see who their children are talking to, and can ensure that they’re not speaking with any unsavory characters.

KidGuard is an app that has been designed with all the above in mind and is catered at parents that are worried about the safety of their children and want to make sure that they’re safe and not mingling with the wrong crowd.

If you’ve heard of KidGuard and have always wanted to know if it’s the right app for you, we’ve got you covered. Here, we’ll provide you with a detailed look into the app, frits the features, whether it’s compatible with iOS and Android, etc.

How Do KidGuard App Works?

The KidGuard monitoring app was designed to help parents keep their children safe. It’s essentially a cell phone tracking software that parents can use to monitor who their children are texting, where they’re at, who they’re talking to on the phone, etc.

This app aims to allow parents to make sure that their children aren’t encountering issues such as cyberbullying, teen depression, or speaking with online predators. Below, we’ve got a snapshot of some features of the KidGuard app.

Track text messages. You can view your child’s text messages and even ones that have been deleted. This doesn’t just pertain to messages; you can also monitor any multimedia files that your child has exchanged.

Geofencing feature. With the geofencing feature, you can mark certain areas as safe or dangerous on the map. If your child crosses the boundary that you’ve indicated, you’ll receive an alert on your mobile.

Monitor call logs. With the app, you can monitor who your child is talking to, and it’ll even provide you with detailed information such as timestamps and phone numbers.

Monitor social media accounts. Apart from calls and messages, social media has also become a large part of the younger generation’s lives, and you may be curious as to what they’re exchanging on these platforms. With the app, you can monitor a wide range of social media apps, from WhatsApp to Facebook.

Monitor Internet browsing history. With the Internet being a wide abyss of information, it’s easy for your child to chance upon the wrong websites. With the app, you’ll be able to monitor the websites your child is browsing and block ones that are either harmful or may not have suitable content.

Either than the features listed above, KidGuard also prides itself on being an app that has reliable software with minimal installation required. The app also mentions that it’s a safe option and that tests have been conducted to ensure that it works well.

How to Install KidGuard on iOS?

KidGuard is compatible with iOS, and you will need to have access to the phone to proceed with the installation.

However, with iOS devices, you won’t have access to certain features such as call recording and remote photo clicking.

To install the app on an iOS device, you’ll have to:

How to Install KidGuard on Android?

With Android devices, the app can be installed on both rooted and non-rooted Android phones. To install KidGuard on Android device, follow the steps below:

Is KidGuard a Legit Spy App?

Honestly, it’s a bit hard to tell whether KidGuard is legit. While the website itself mentions that they’ve done extensive testing, and they’re a safe app, there aren’t many positive reviews out there about the app.

Those that have purchased the app mentioned that they’d encountered a slew of issues such as the app not working at all, and running into issues when it comes to canceling the app.

For your reference, here’s how much KidGuard costs, the amount is the same for both Android and iOS:

With these plans, the company mentioned that they have a 30-day money-back guarantee, and you can discontinue the subscription at any time.

What’s unique about KidGuard is that students can also apply for their KidGuard for education essay scholarship. Through this scholarship, KidGuard invites students to create a social awareness campaign project or write an essay to bring awareness and curate solutions or issues related to online safety for children and teenagers.

There are two different types of scholarships – one for college, university, and community college students, and another for high school students. This is only applicable to individuals in the United States, and it does come with a couple of rules and regulations.

This education essay scholarship ended in 2019 with the winners announced in 2020, and there doesn’t seem to be an ongoing scholarship for the 2020 period.

KidGuard doesn’t seem to be detectable. After the app is installed on the target device, the app icon is not visible on the home screen and remains invisible.

However, installing the app requires having your child’s phone as you’d have to download it onto the device. To do so, you’ll have to turn on installation from unknown devices, open the mobile browser, and tap “Add a child.” Then, the download link and device code will pop up on the screen.

After the app is downloaded, you can open it and enter your KidGuard account email and device code. Proceed to allow all further permissions and activate. Once you’ve got the “Installation complete” window, you can sign in to a separate device to monitor your child’s activities, and you will no longer need your child’s phone.

How Does KidGuard Work?

KidGuard is a monitoring application that needs to be installed on the target device. How it works is that the software will collect all related data logs from the smartphone and upload it on a server for users to take a look at.

After the application is successfully downloaded, you can monitor the data logs using the dashboard remotely. Since the app also works in stealth mode, you won’t have to worry about your child knowing that you’re monitoring their data.

Many individuals have also asked, “How to cancel KidGuard?” It seems that quite a few customers have encountered issues with this, and realized that canceling KidGuard isn’t a straightforward process.

In order to cancel KidGuard, the website indicates that there are a few ways to do so. The first would be to log into your KidGuard billing portal to cancel your account online. Another way would be to either do it by calling the KidGuard customer service phone number operating from Monday through Friday, emailing them, or messaging them via live chat.

However, customers who have called the KidGuard phone number have mentioned that it has either not worked, or weren’t given the greatest KidGuard customer service. The cancellation was overall an arduous process, and they wouldn’t recommend it to anyone.

Conclusion: Is KidGuard Worth It?

As seen above, KidGuard does come with a solid range of features. However, we can confidently say that the KidGuard spy app isn’t the greatest one out there.

To start off, the user experience of the website isn’t great. It lacks essential information, such as details about their product, and doesn’t provide a detailed guide of how the app works. It’s tough for customers to justify their purchase without knowing what they’re going to get out of it.

There also aren’t any positive customer testimonials about the app on other websites. Reviews that we’ve encountered all seem to be negative and have cautioned users to avoid the app due to a range of issues that they’ve encountered.

Furthermore, only one device can be monitored with one subscription, which can be hard for parents with multiple children in a household. You’ve also got limited access to social media accounts, which is not convenient – especially in this social media-driven age. If you’re downloading the app on an iOS device, you’ll also have access to limited features.

If you’re thinking of getting a phone monitoring application, an app like mSpy might be a better choice. Not only does the app have rave reviews, but you’ll also have access to a comprehensive range of features, and plenty of information from account activity to even emails and social media apps such as Snapchat.

It’s also 100% invisible, so your child will have no idea that they’re being monitored, and you’ll receive 24/7 customer service at the touch of a button. Investing in the right app is essential as you want to make sure that your child is safe, it’s always best to go with an app that has received a plethora of great reviews, rather than stick with an app that may not provide you with what you need. 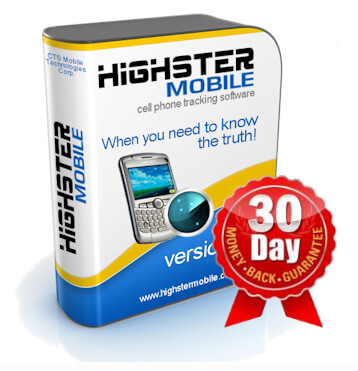 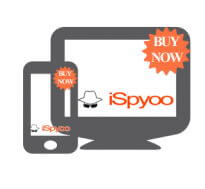